Sale on canvas prints! Use code ABCXYZ at checkout for a special discount! 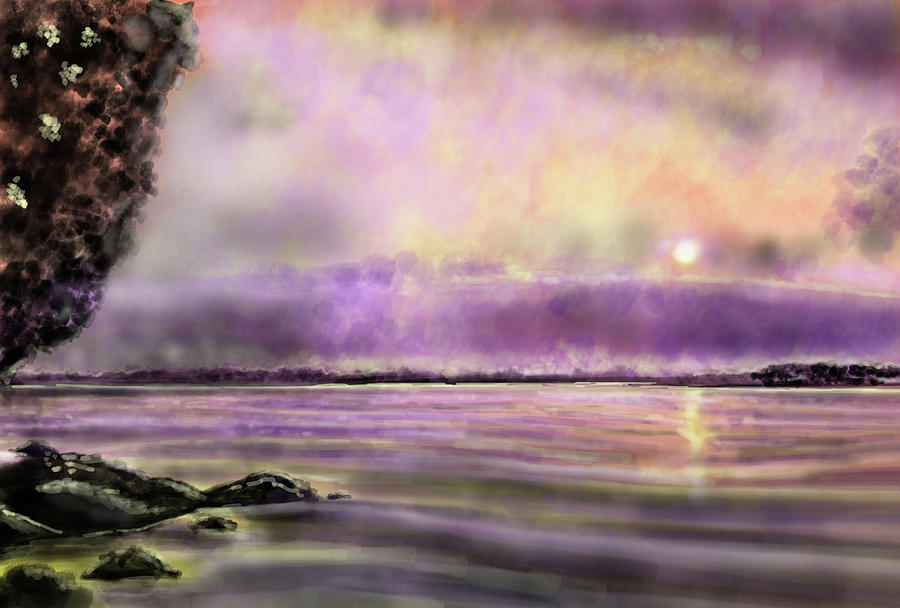 Original - Not For Sale

This piece is not for sale.   Please feel free to contact the artist directly regarding this or other pieces.

Lough Erne or Loch Erne[1] (pronounced /lɒx ɛərn/; lokh airn, from Irish: Loch ￿rne) is the name of two connected lakes in County Fermanagh, Northern Ireland. It is the second-biggest lake system in Northern Ireland and Ulster, and the fourth biggest in Ireland. The lakes are widened sections of the River Erne, which flows north and then curves west into the Atlantic. The smaller southern lake is called the Upper Lough (as it is further up the river) or South Lough. The bigger northern lake is called the Lower Lough or North Lough. The town of Enniskillen lies on the short stretch of river between the lakes. The lake has 154 islands along with many coves and inlets. When windy, navigation on Lower Lough Erne, running for 26 miles almost to the Atlantic, can be something of a challenge with waves of open-sea dimensions. Shallow Upper Lough Erne, spreading southeast of Enniskillen for about 12 miles, is a maze of islands.[2] The River Erne is 80ml (129 km)[3] long and drains an area of about 4,350 km2.

Lough Erne (Loch ￿rne) appears to be named after an ancient population group called the ￿ainn, or after a goddess from which the ￿ainn took their name.[5] Since tribes were often named after a divine ancestor, T. F. O'Rahilly suggested that the ￿ainn took their name from a goddess named ￿ann and that Loch ￿rne probably means "lake of (the goddess) ￿ann".[5] O'Rahilly and other scholars have connected these names to ￿iu (modern ￿re), the goddess after which Ireland is named.[5] He writes that the earlier forms of these goddess names were Everna/Iverna and Everiu/Iveriu and that both come from "the Indo-European root ei-, implying motion". In his view ￿ann and ￿iu would thus appear to mean "she who travels regularly", explained as "the sun-goddess, for the sun was the great celestial Traveller".[5] Alternatively, John T. Koch suggests that ￿iu was a mother goddess whose name comes from an Indo-European word stem meaning "fat, rich, fertile".

Thank you so much!